What is an Eddy Current Coating Thickness Gauge?

What is an Eddy Current Coating Thickness Gauge?

The high-frequency AC signal generates an electromagnetic field in the probe coil, and eddy currents form in the conductor as the probe approaches. The closer the probe is to the conductive substrate, the greater the eddy current and the greater the reflection impedance. This feedback action characterizes the distance between the probe and the conductive substrate, that is, the thickness of the non-conductive coating on the conductive substrate. Because these probes are designed to measure the thickness of coatings on non-ferromagnetic metal substrates, they are often referred to as non-magnetic probes. Non-magnetic probes use high-frequency materials as coil cores, such as platinum-nickel alloys or other new materials. Compared with the principle of magnetic induction, the main difference is that the probe is different, the frequency of the signal is different, and the size and scale relationship of the signal are different. Like the magnetic induction coating thickness gauge, the eddy current coating thickness gauge also achieves a high resolution of 0.1um, an allowable error of 1%, and a range of 10mm. 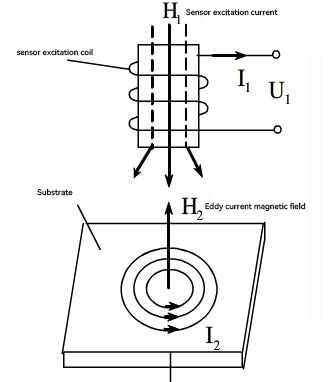 The coating thickness gauge using the eddy current principle can measure non-conductive coatings on all conductors in principle, such as paint on the surface of aerospace aircraft, vehicles, household appliances, aluminum alloy doors and windows and other aluminum products, plastic coatings layer and anodized film. The cladding material has a certain conductivity, which can also be measured by calibration, but the ratio of the conductivity of the two is required to be at least 3-5 times different (such as chrome plating on copper). Although the steel matrix is also an electrical conductor, it is more appropriate to use the magnetic principle for such tasks. 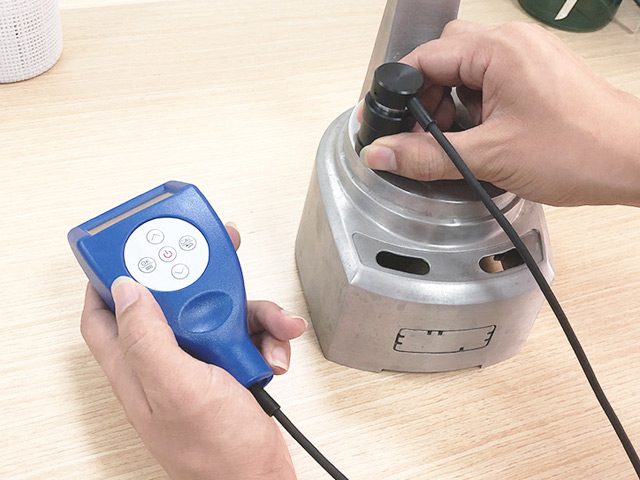 Eddy current coating thickness gauges are generally used to measure the thickness of insulating coatings on non-ferrous metal substrates, and this method also belongs to a non-destructive measurement method.

The instrument uses a thin wire coil capable of conducting high frequency alternating current (above 1MHz) to generate an alternating magnetic field on the surface of the instrument probe. As the probe approaches a conductive surface, the alternating magnetic field will create eddy currents on the surface. The properties of the substrate material and the distance between the probe and the substrate (that is, the thickness of the coating) affect the magnitude of the eddy currents.

This eddy current in turn generates a relative electromagnetic field that can be sensed by the excitation coil or another adjacent coil. 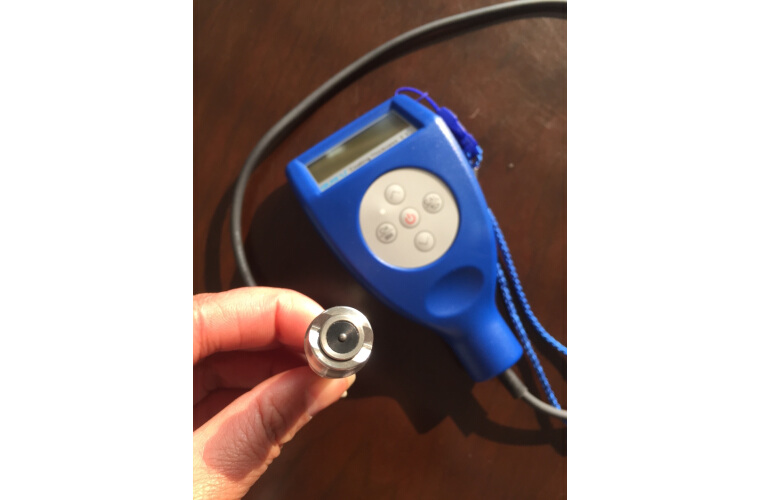