With the development of society and economy, cars have become people’s daily means of transportation. Basically, every household has a car. Some people like to buy a new car, and some people will choose to buy a used car.

The market is also becoming more and more popular, but used cars are non-standard products, one car in one condition, one price, due to different car conditions, even the same type of car in the same year will have a small floating price difference. 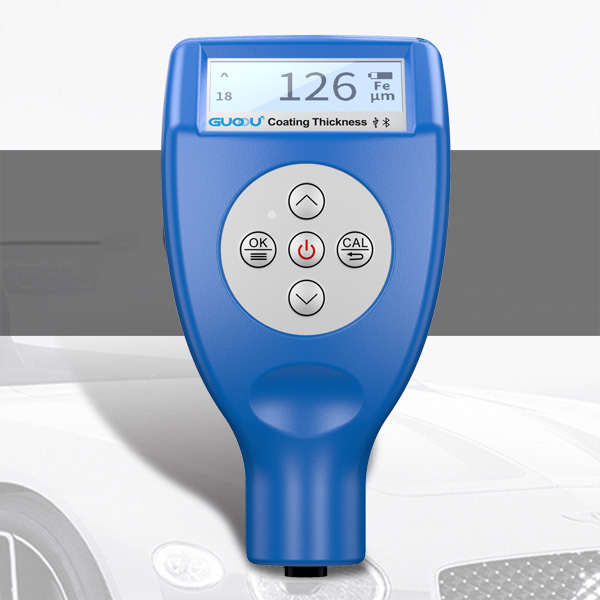 Guoou paint thickness gauge is a special equipment for detecting the thickness of paint on the surface of metal substrates. Since the covering surface of the car is basically painted with paint, the thickness of the paint surface can be directly judged by the paint film meter to determine the sheet metal and painting conditions of a car, and it can also indirectly judge the size of the vehicle accident damage. The working principle of the Toru Paint Film Apparatus is very simple. According to different cars, there are iron body, aluminum body, etc. According to the body of different metal substrates, it will automatically use the corresponding measurement principle to measure, and the measured number is the body paint. For thickness, the unit um of the paint thickness gauge is microns, which is quite a small unit, generally one or two microns is invisible to the naked eye. The guoou paint thickness gauge  has many functions.  All of our model are with Bluetooth function that can  transmit data synchronously. 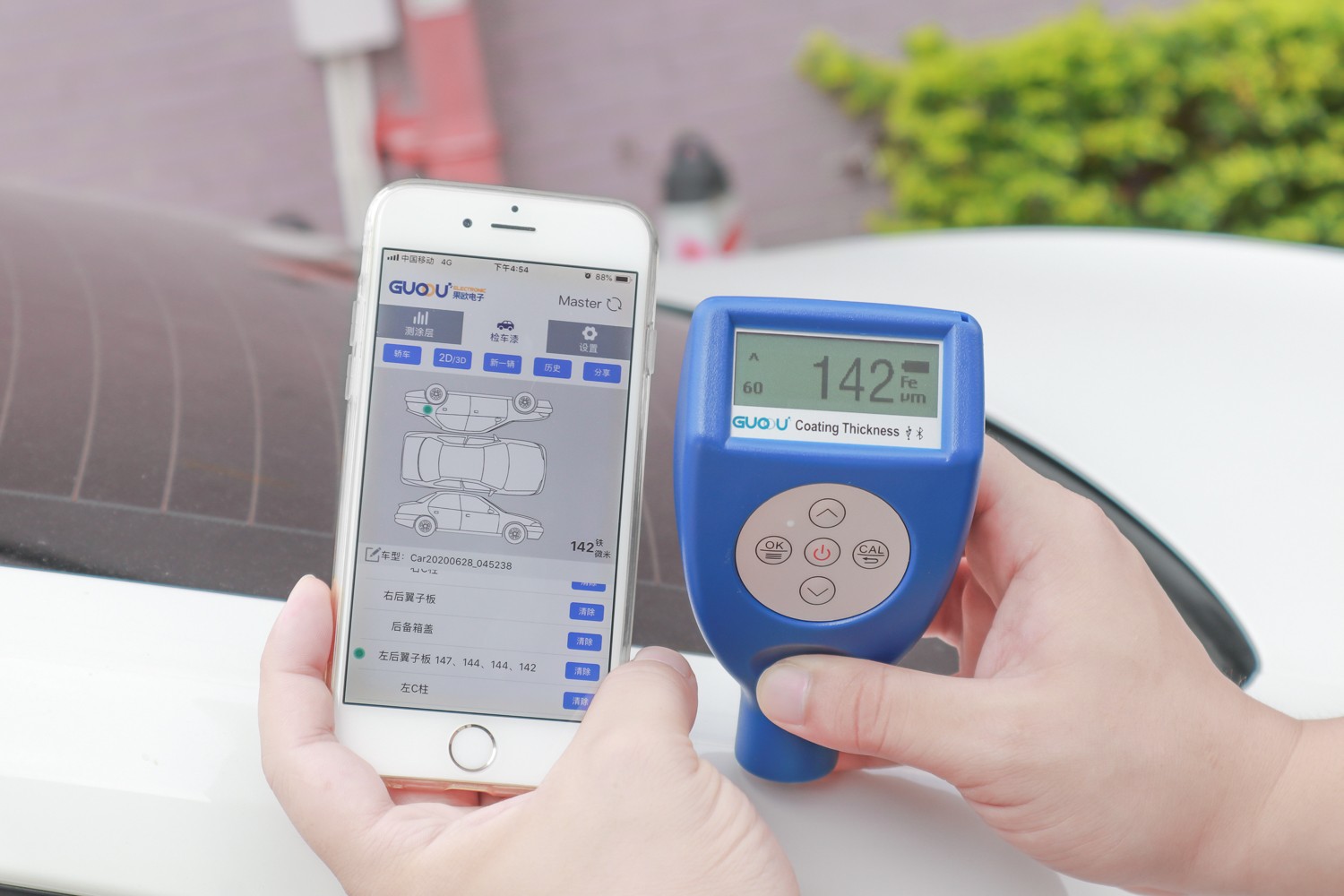 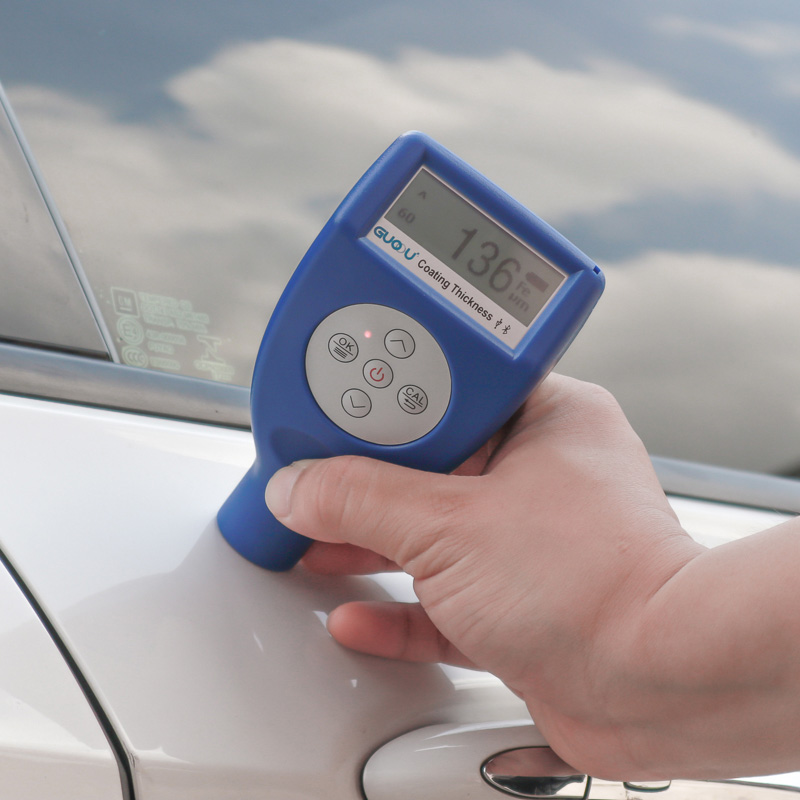 In the industry of used car appraisers, the data measured by the paint thickness gauge is only used as auxiliary data for vehicle evaluation, and the appearance inspection can not only rely on the measurement of the paint film meter, but also needs to be judged based on the appraiser's own experience.