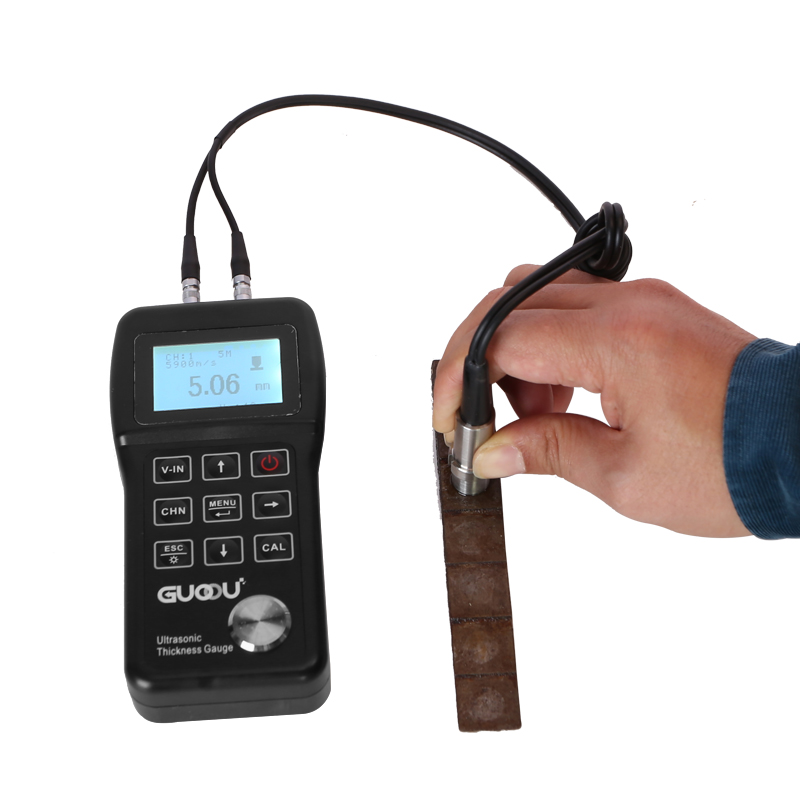 The main controller controls the transmitting circuit so that the ultrasonic waves from the probe reach the bottom of the object to be measured and reflect back. The pulse signal is taken over by the probe and amplified by the amplifier to the vertical deflection plate of the oscilloscope. The symbol generator outputs the photocathode logo, which is a pulse signal added to the vertical deflection plate at the same time. The scanning voltage is applied to the deflection plate. Therefore, on the oscilloscope, we can directly read the optical and vaginal septum between the transmitter and the ultrasound tube.

The thickness h of the measured object is: h=ct/2 where c is the propagation speed of ultrasonic waves.

In China, digital ultrasonic thickness gauges are mainly composed of integrated circuits, which can just be held in the hand, weigh less than 1 kilogram and have an accuracy of 0.01mm.

Why is couplant used in ultrasonic thickness measurement?