Whether we buy a new car or a used car, as long as you bring a paint thickness gauge, basically no one dares to fool you with an accident car. Let's talk about it below.

Step 1: We get the device and first measure the standard plastic films given by the manufacturer. If the value is very resolved, it means that there is no problem with the calibration of the device, and then we take it for inspection. If you are borrowing an instrument without a diaphragm or calibration block, you can restore the instrument to the factory calibration before the vehicle inspection. 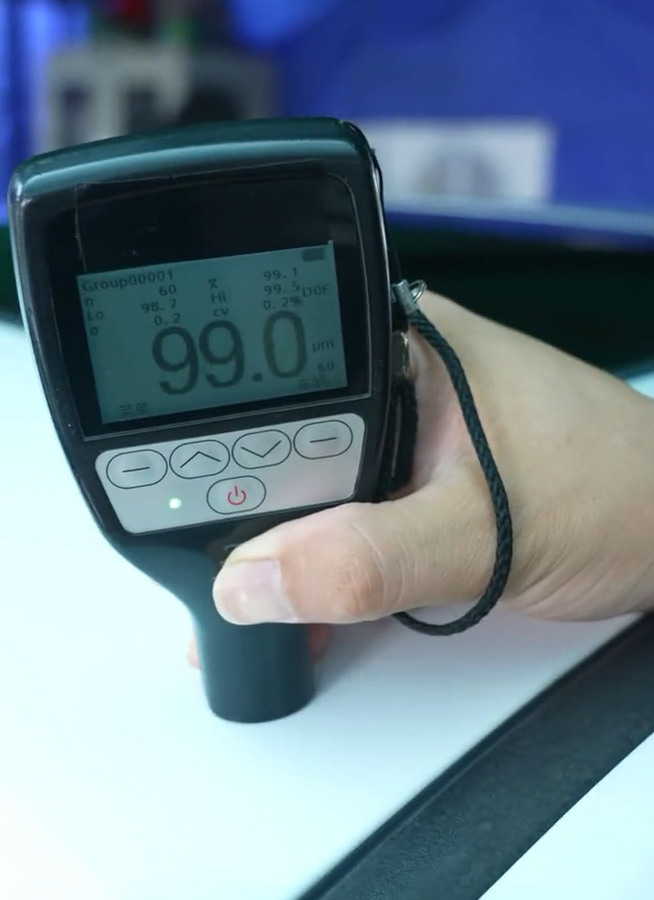 Extended reading: How to see the value of the paint thickness gauge ?

At present, the original thickness of its paint surface on the market is about 100 microns. In the actual evaluation process, we will first use the value of the roof as the standard, because the probability of scratches and repairs on the roof is the lowest.

We use the paint film meter to analyze the actual combat:

For example, the roof of our car is 99 microns. Based on the surrounding paint surface, we can determine that the roof is the original car paint, and then we use this value as a reference to look at other paint surfaces. During the process, we found that, The hood paint finish value is as high as 600 microns. 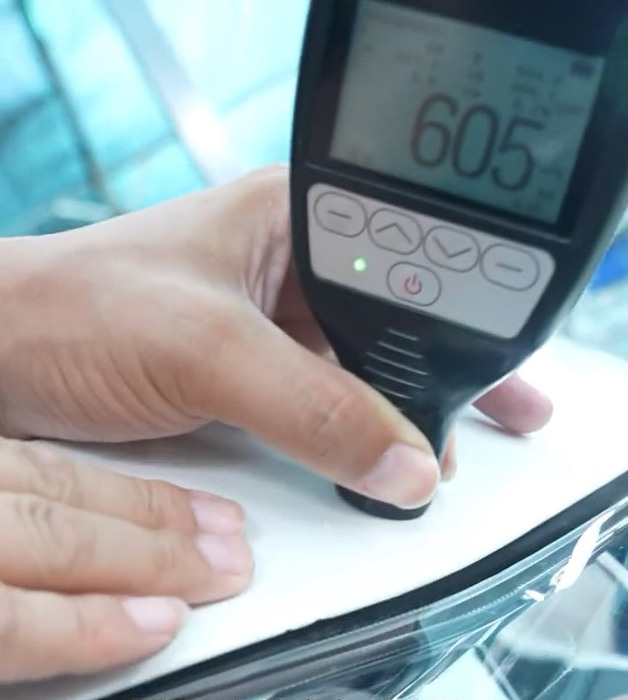 Normally, if it is more than 300 microns, it belongs to sheet metal, indicating that there has been an accident in this area, so there is a high probability that the headlights, front bumper and fenders have been replaced. 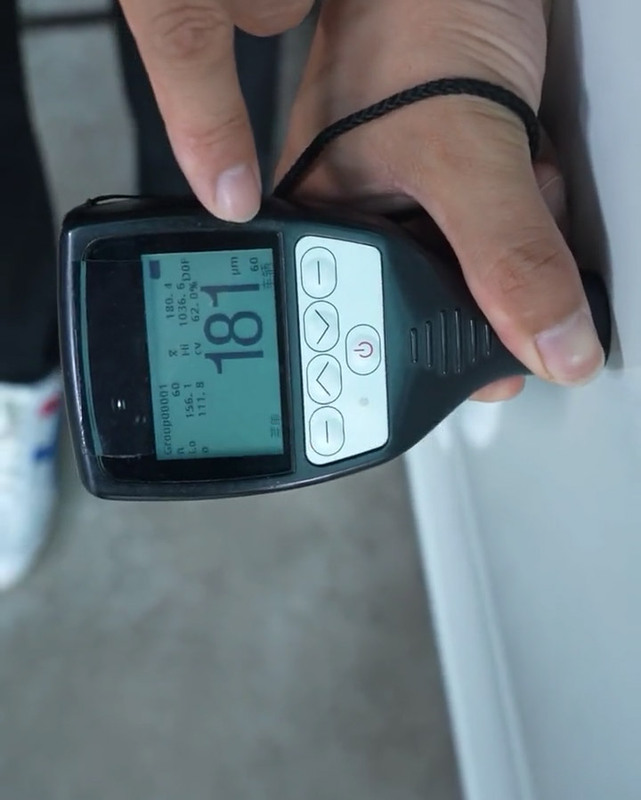 We continue to measure and find that the value of the right rear door is about 180 microns, then we can judge that it is a secondary painting of workmanship.