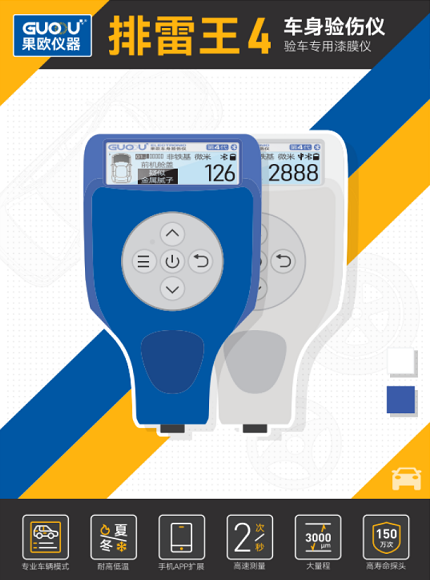 The fourth-generation coating thickness gauge will be divided into two versions, a vehicle version and an industrial version, of which the vehicle version will be the first to be launched on the market. The vehicle version model will no longer inherit the three-generation GTS8102 name, but will use the new name "Mine-Clearing". The implication is to help car dealers and second-hand car appraisers to eliminate mines on the body. Among them, the biggest selling points of the vehicle version are "metal putty detection", "built-in vehicle mode", "significant reduction in size and weight", and overall improvement in hardware performance. For more functions, please pay attention to the fourth-generation coating thickness gauge after the release.