How to use paint film thickness gauge

How to use paint film thickness gauge

Today, I would like to introduce to you a thing that we often use when we go out to inspect the car. This thing is called a paint film thickness gauge. It can measure the thickness of the paint on a metal surface of the car.

This paint film thickness gauge can measure the base material of iron and aluminum, because some models like Mercedes-Benz, BMW, Audi, and Cadillac of luxury cars have all-aluminum fenders and covers. Normally, most cars, except for Japanese cars, have a generally thin paint thickness, between 80-120 microns, while German cars are generally between 100-140 microns.In second-hand cars, the most vulnerable position is the roof, so we use the value of one of its roofs as a reference. The value of the roof shown in the picture is 120 microns. This value is normal. 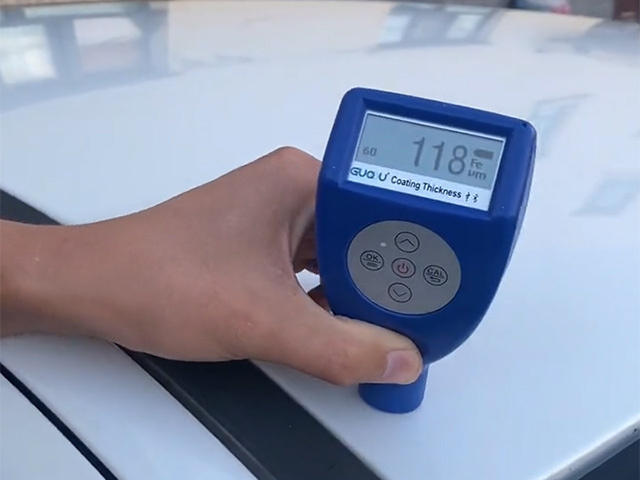 Let's look carefully. The edge of the seam and the orange pattern on the paint surface are indeed unpainted.Let's look at the cover again. The values are 103 and 104 microns.

Precautions for the use of paint film thickness gauge:1. When we use the instrument to detect the vehicle, in order to make a more accurate judgment, we often need to measure 6 points on a surface, and a larger one like the hood door can take 9 points. Of course, it doesn't matter if you have enough time to take a few more points.2. The vehicle is covered with a car coat and a color-changing film. In this case, the paint film thickness gauge can also detect its existence. The value of the instrument may generally be around 280 microns. It is the value after the original paint and the car coat are superimposed. The thickness parameters are generally 8mil, 1mil=25.4μm, which is 203μm when converted, but the stretching of the construction will lead to thinning, so the actual value will be lower.

The use of paint film thickness gauges is actually very simple, and each one is similar, but we still recommend everyone to buy Goo, which is loved by big brands, industry leaders and a large number of third-party testing agencies, especially the fourth Generation, pioneering the industry's metal putty detection and identification, as well as iron and galvanized detection and other leading functions. 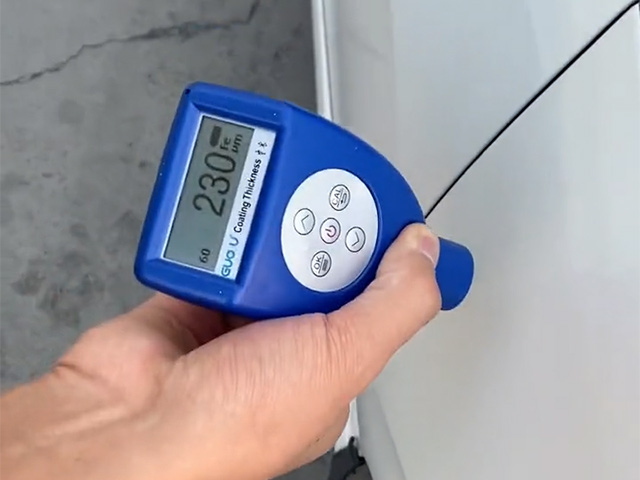 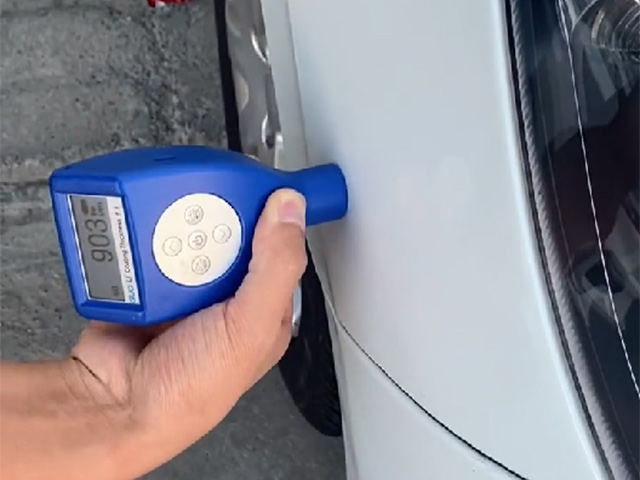