Many friends want to buy a used car. It was very simple to start thinking. If you have a lot of money, you can buy a car in which year. But when he really went to the used car market, he felt stunned. Let alone other things, he was dazzled by the paint. Variety of colorful colors, all kinds of paint with different properties. Some cars have the original original paint, some have been sprayed on several surfaces, and some have been repainted. So what is the original car paint and what is the post-painting? And how to judge whether it is original paint or post-painting? 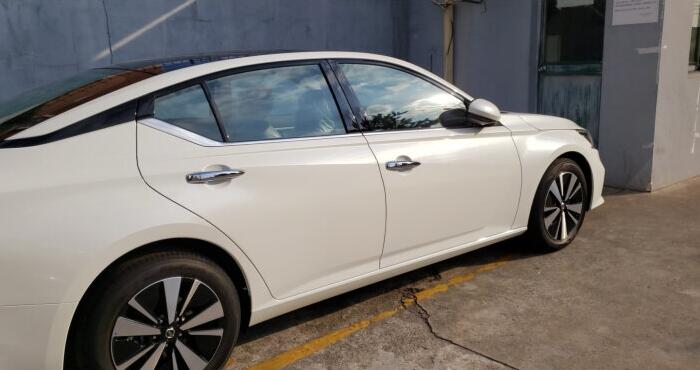 Having said that, do you think it is important to inspect the paint surface. So, how to detect post-painting? What Chinese medicine has learned is to see and ask, we don't need to smell, but we need to see and ask. The question is to ask the original car owner where the paint was painted. The results obtained by this method are for reference only. The car owner will say lighter, say less, or even not say. Of course, he himself might have forgotten or didn't know. To cut is to touch. We can feel the edge of a plate with our hands to judge whether we have done lacquer. For example, if we touch the side of the door, if it is smooth, it is the original paint, and if it feels rough, it is post-painted. Then look at the overall paint surface, whether there is a color difference between the two adjacent panels, if there is, one of them is the spray paint part. Then look at the paint pattern. The texture of the back spray paint is different from that of the original car. Of course, sometimes the lines are very close. Then look at the details. Look at whether there is sag on the paint surface, that is, the flow of paint, whether there are slag spots, door handles, bright strips, sealing strips in the gap, whether there is fog paint, etc., and judge whether the paint has been sprayed through these details. 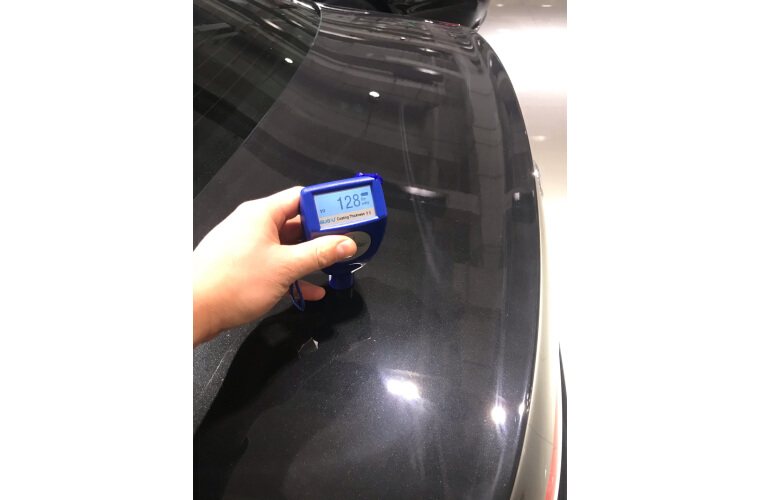 The above method is the traditional method of judging whether the paint is the original paint. It relies on the experience of the appraiser, which takes a long time, and consumers tend to question the appraiser’s distrust. Therefore, it is necessary to use the popular instrument in the second-hand car market, the paint film meter. In fact, this type of instrument has appeared in the market as early as the original name of the coating thickness gauge, which was mainly used for industrial production in the early days. 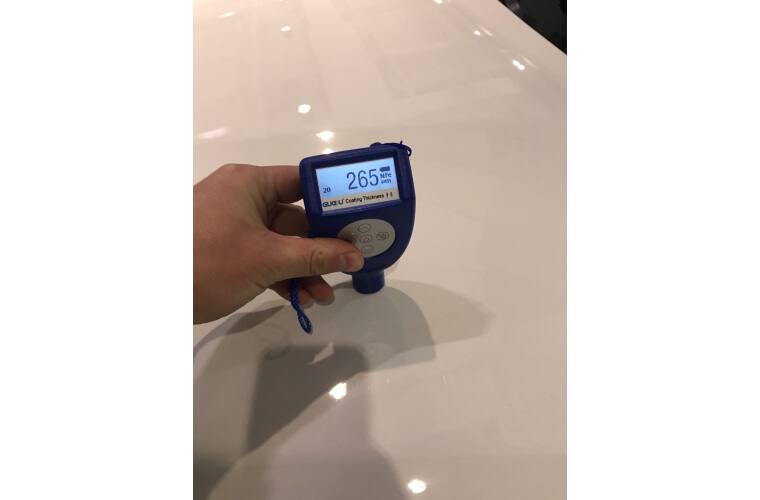 The measured value of the paint thickness gauge shows 265um, and it can be concluded that it is post-painting. It is recommended to check this area.