Shot peening is one of the metal surface strengthening processes. Compared with other surface modification processes, the process is relatively simple, but the use effect is very significant. The use of shot peening to remove the thickness of not less than 2mm or does not require the maintenance of accurate size and contour Oxide scale, rust, sand and old paint film on medium and large metal products and castings and forgings. It has been used in various fields such as aerospace, locomotives, and automobiles. As a metal surface layer process, can the thickness be measured with a coating thickness gauge, so as to control the cost and judge the process? 1. The principle of shot peening is to use the ejected projectile to violently hit the material, forming small pits on the surface, causing plastic deformation on the surface of the material, thereby generating residual stress on the metal surface. After shot peening, the structure of the surface layer of the material changes, the crystal grains are refined, the dislocation density increases, the lattice distortion increases, and finally a very high residual compressive stress is formed. Therefore, the metal after shot peening indicates that the roughness is relatively large. If the coating thickness gauge is used to measure the requirements, the uneven surface should be within 5mm.

2. At present, the most widely used shot materials are cast iron shots, cast steel shots, steel wire cutting shots, glass shots, ceramic shots and aluminum shots. The measuring principle of the coating thickness gauge is magnetism or eddy current, while shot blasting materials Most of them will affect the measurement value returned by the instrument. 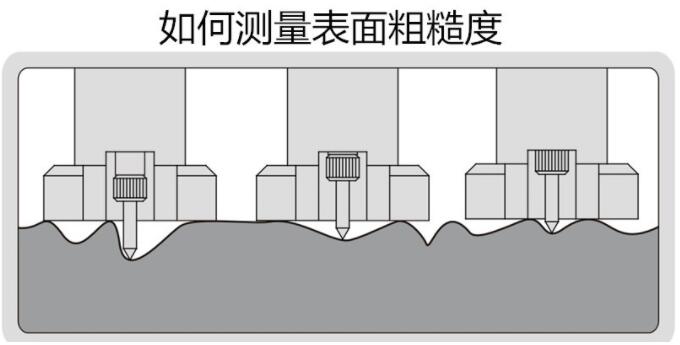 Shot peening can form a strengthened compressive stress layer with a thickness of 0.1 to 0.8 mm on the surface of the workpiece. If you want to know the process quality of metal shot peening, it is not recommended to use a coating thickness gauge to judge, you can use a rough instrument to measure it. And industrial magnifying glass inspection, or shot peening fluorescence tracer can quickly, easily and safely detect the degree of shot peening or its coverage. In addition, it can also be combined with an ultrasonic thickness gauge to determine the overall thickness difference before and after shot peening.