Why does the coating thickness gauge measure the value of the secondary anti-corrosion layer fluctuate greatly?

Why does the coating thickness gauge measure the value of the secondary anti-corrosion layer fluctuate greatly?

When we use the coating thickness gauge to measure the anti-corrosion layer, the value of the instrument often does not fluctuate much, but if it has been subjected to secondary anti-corrosion, there will be a large deviation in height, why this happen?

To understand this problem better, we need to talk about two common corrosion pollutants, rust and oxides. The underlying logic of corrosion is as follows:

Rust is considered a contaminant on steel surfaces and must be identified because areas of steel where rust has occurred before and are then thoroughly cleaned by abrasive blasting tend to re-occur in the same area where the rust first developed .

The corrosion of iron is electrochemical. In order to make iron corrode, it first needs to be ionized, and then it reacts with other ions in the area and oxygen in the air, and finally becomes ferric oxide, which is what we often call red rust. The rust reaction process is shown in the following formula.

The type of reaction involved in rust formation (i.e. the formation of iron ions and their direct reaction with all moisture to form ferrous hydroxide) is an intimate reaction on the steel surface.

The anode and cathode areas formed on the steel surface are related to the lattice structure and grain boundaries of the steel. Formally due to this complex onlooker reaction, the surface of the iron reaction product is difficult to clean, and the surface can be prepared into a white metal state by abrasive blasting , but if the prepared surface is placed in a humid environment, it quickly becomes apparent that the previously corroded areas begin to corrode earlier than the rest of the steel surface. 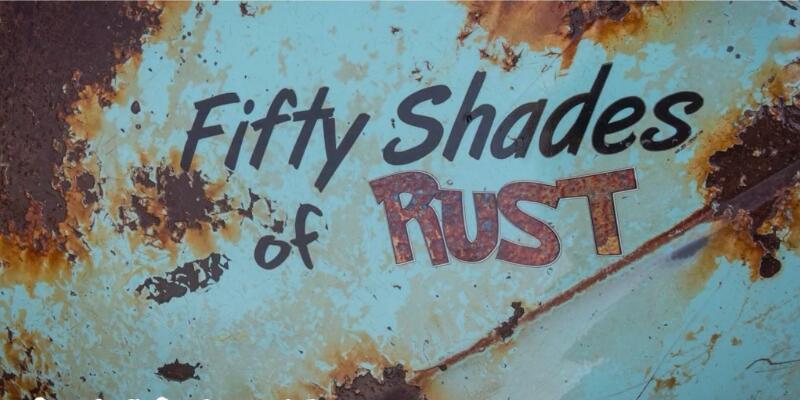 Here we will introduce the typical surface contaminant chloride, which is the most common for almost all surfaces exposed to the marine environment. Chloride contamination can also be found in industrial areas. 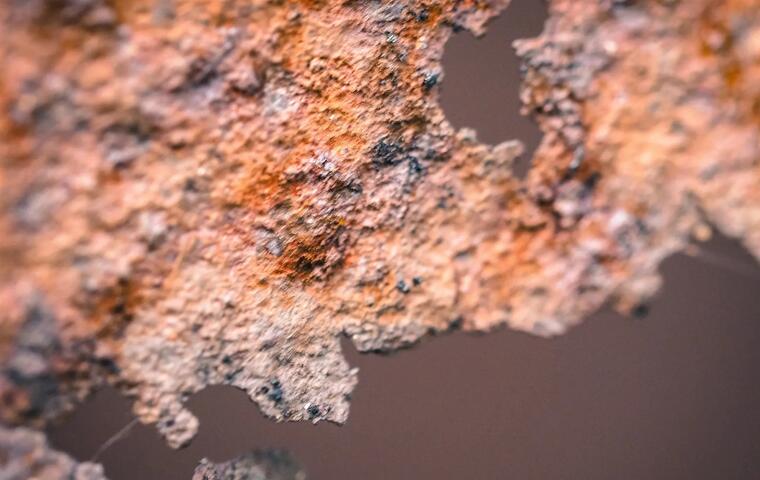 We now observe a steel surface that has been thoroughly sandblasted after being contaminated with chloride, and observe the rust pit area with a microscope. We can not see the water vapor condensed from the air in the pit area on the steel surface, and the condensed liquid changes almost immediately. turns light green, which indicates the presence of a solution of ferrous oxide, the water droplets formed change from green to pale yellow, the surface iron ions change, and then, as the solution becomes darker, finally, the iron ions in the solution interact with oxygen Reacts, forming brown deposits, and the last reaction involves water condensing on the bottom and surrounding steel surfaces, turning dark brown or black. This type of reaction can still occur in areas that have corroded even on surfaces that have been dry abrasive blasted two or three times. Organic coatings applied on such surfaces tend to cause iron salts to penetrate through Failure occurs as water absorbs and penetrates through the coating. And gradually build up areas of adhesion or bubbles, this type of surface contamination has caused countless coating failures around the world.

This is one of the reasons why the recoating process is so different in the marine industry in corroded areas. Wet abrasive blast cleaning, or just water jet cleaning, is a more effective method of removing chlorides. One solution to this problem is , after the initial blasting, pretreat the metal surface with a material that forms an insoluble iron compound, such as phosphoric acid. Iron contamination is present on the surface in the form of insoluble iron phosphate