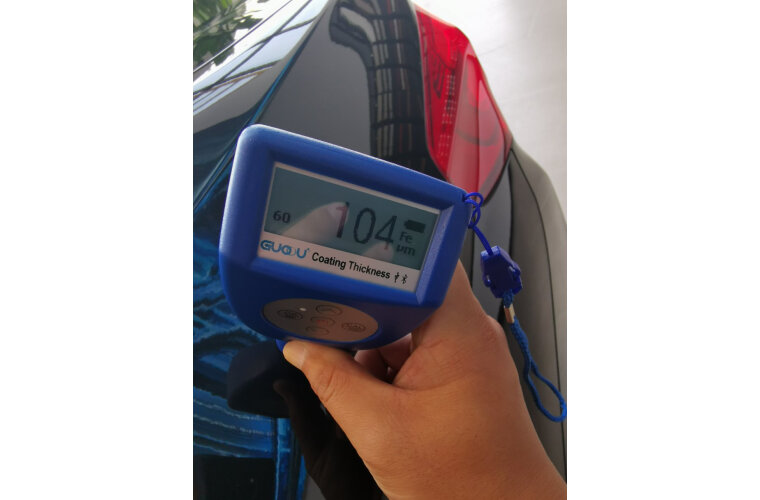 In the acceptance process of second-hand cars, evaluators often need to use a paint film meter to more accurately and quickly determine the condition of the car body. Let’s talk to you about how to use the paint film meter and methods to determine whether the lights are replaced and whether they are original. plant?

A car consists of headlights, fog lights, and taillights. Let’s take the taillights as an example. The taillights are usually spliced together with the rear fender, tail box, and rear bumper. When we measure this position with a paint film meter The point to note is that the measurement principle of the paint film meter is to identify the metal substrate (iron or aluminum) through the probe, and the thickness of the non-metallic material coating between the probe and the metal substrate is the value of the paint film meter.

So when we judge whether the taillight is the original factory, if the taillight and bumper are spliced together, then the coating thickness gauge cannot detect the paint on the bumper, so we can't ignore it. When we measure the position in the figure, the previous three situations may appear roughly: 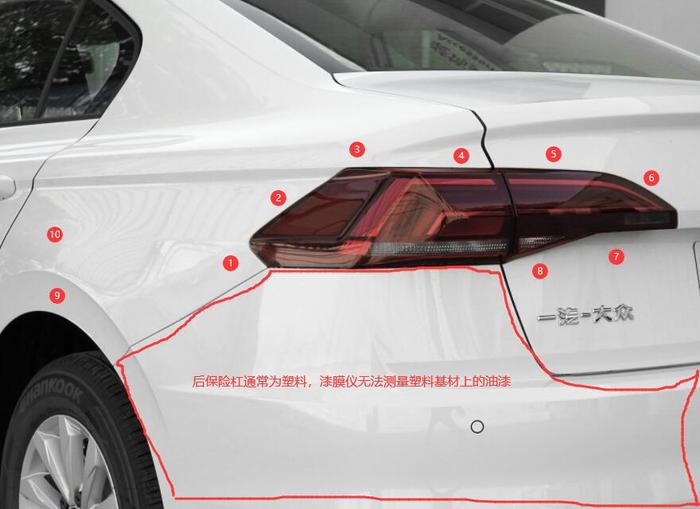 The first type: The paint film meter at positions 1 to 10 is higher than 300μm, which can be judged as sheet metal, and there may have been collisions in this area.

1. Look at the appearance

2.Look at the lights

Generally, the fake and inferior car lights of the sub-factory have poor reflectors, and the light will be divergent and irregular, and the brightness of the same two lights may be different.

3. Look at the assembly

The molds of some sub-factories are imitated from the original factory, but the workmanship will still be different, so after installation, it will not be consistent enough. In addition, if it is prone to water ingress when it rains, there must be a problem with the quality of the car lights.

But it should be noted that if the rear light of the car is replaced by the bumper, there must be disassembly or scratch marks, and the trunk cover may not have traces of sheet metal. The direction of the collision must be considered.